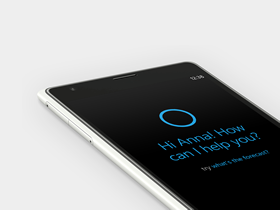 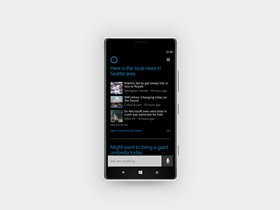 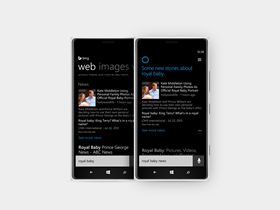 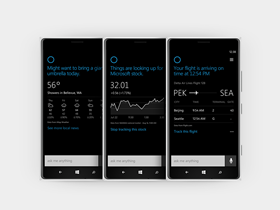 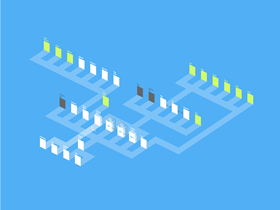 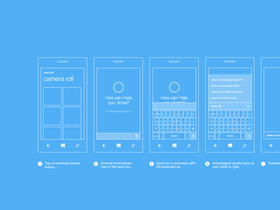 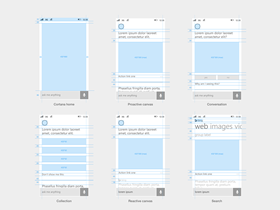 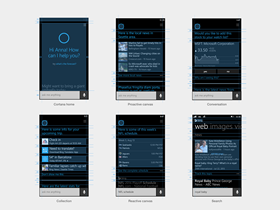 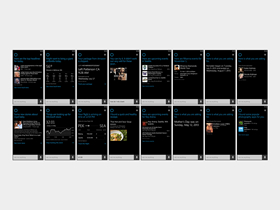 Cortana is an intelligent personal assistant on Windows Phone 8.1. Its name comes from Cortana, the artificial intelligence character in Microsoft's Halo video game series.It is similar in function to Siri, which is found on Apple's iOS devices. To learn more, you can watch this intro video.

This project is a joint effort between Windows Phone and Bing. I worked closely with two designers from Windows Phone to define the interaction flow and visual framework. Another focus of mine is to create a series of conceptual Answers in early stage for ideation and demo purpose. Later, I turned 20+ of them into final product, and wrote framework document which allows feature teams to design more content fit nicely in the product.